Local campaigning group Sheffield Friends of the Earth have joined with Sheffield & Rotherham Wildlife Trust and other environmental groups to press local garden centres to stop selling peat-based compost, ahead of any formal ban.

A voluntary ban, negotiated in 2012, to be implemented by 2020, has been a signal failure. Most peat sold to gardeners is still peat-based. The Wildlife Trust have estimated that policy failure to stop peat extraction has caused up to 31 million tonnes of CO2 to be released since 1990 - and that waiting another two years until 2024 to ban peat use could add more than 1.5 million tonnes of CO2 to our atmosphere.

“Peatlands are hugely important nature-rich places, home to many rare plants, birds and insects. Sadly our peatlands are disappearing, as the peat they contain is extracted and packed up in bags for use as compost. As well as destroying these vital habitats for endangered wildlife, this process also releases carbon into the atmosphere, accelerating climate change.”

‘The continued destruction of peatland for use as compost in the UK is a disgrace’ says Lindy Stone, local Friends of the Earth Coordinator. ‘UK stores of peat have largely been exhausted, including the Hatfield Moor site near Doncaster and now we import peat mostly from Ireland and the Baltic states of Latvia and Estonia, degrading their landscapes and continuing to destroy the valuable carbon-capturing peatlands.’

In December, the government announced plans to legislate to phase out the use of peat-based compost by gardeners by 2024. A consultation https://consult.defra.gov.uk/soils-and-peatlands/endingtheretailsaleofpeatinhorticulture/ on the issue ends on March 18th.

‘The biggest manufacturers of peat-based composts are pushing back hard on this issue’ says Lindy Stone. ‘It seems the companies don’t want to change their business models even for the sake of the planet.’

‘It’s important to note that the UK is unusual in using peat-based composts – in most countries it is never used and they grow plants perfectly successfully. It’s only that we initially had easy access to it that we got into the habit – but now we know it’s a bad habit and we really should be stopping voluntarily.’

Sheffield Friends of the Earth have written to every major garden centre in the area, but the response so far has been slow and defensive. ‘Our target in this campaign has been the retailers because if they weren’t stocking and promoting peat-based composts as boldly as they do, then customers would make different choices.’ Says Lindy Stone  ‘The retailers blame the customers, but that’s hardly fair when peat-free composts are often hard to find in the stores or are available only in limited quantities. Of the big retailers, B&Q have taken the most ethical approach and clearly label their products but even so this is a long way from implementing the voluntary ban that should have come in to play in 2020’.

‘There are many good alternatives available, including bracken, wool and wood fibre- and of course you can always make your own!’ 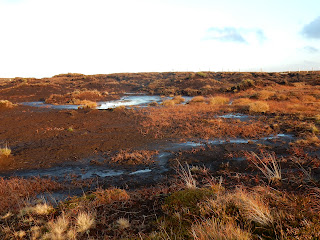