Update on Peat campaign:  Duncan has looked at the range of brands at Birley Moor garden centre and spoken to the owner who was aware that peat use was a live issue but apparently all the delivered plants are in peat and they don’t consider there is an alternative. Shaun has contacted Loxley & Langlands and similarly the one that replied said although they offer customers a choice of composts, all supplied plants come in peat. Other garden centres have not yet replied to our email and further visits are planned by Nick and Liddy. There are “peat free” garden centres (Clumber Park and Tissington were mentioned) outside Sheffield that we could highlight as more environmentally friendly and other retailers do sell peat-free compost.

Given the industry push back, Shaun suggested we use the March 18th deadline for the government’s consultation on banning peat-based compost by 2024 as a target to put out a press release about the consultation highlighting the need for public pressure and enforcement of legislation if destruction of peat moors is to be stopped. We discussed how to ensure the press release reaches the right audiences now that many people may get news via social media (Instagram; Googleapp).

Festival of Debate – SCA (South Yorkshire Climate Alliance) Climate/Environment Day is being held April 23rd in the Millennium Galleries. – there will be a series of 1 hour talks including one on the media in the afternoon and one on use of technology and a sharing of good practice from across the SY region. We will also have a stall in Millennium Galleries during the day – HELP NEEDED TO STAFF THE STALL

Mayoral Hustings – the new mayor will have key responsibilities  for environmental policy in the region and we have invited the three declared candidates to a hustings debate on line in April during the month before the elections; only the Labour candidate has responded to date.

Local elections – South Yorkshire Climate Alliance will send a survey to all standing as councillors across South Yorkshire, based on a Manchester Foe model which they have generously made available to us. We will need help with finding candidates details and email addresses.

Drax: Several Yorkshire groups are mobilising to step up the campaign against Drax; in direct action XR have stopped a train carrying wood pellets and there have been demonstrations when they have been in court recently. National FoE is supporting action and we can share campaign information via social media. Lindy and Richard highlighted the extent of “greenwashing” by Drax and other industries – Friends of the Earth nationally is working with Biofuelwatch to expose this: https://www.biofuelwatch.org.uk/axedrax-campaign/

National Foe campaigns – currently suggesting actions we can take to campaign on energy crisis, including petition for a windfall tax:

Later in the year they are planning a nature-related campaign too.

Local MPs- Some are being proactive – Paul Blomfield and Oliva Blake are very active on environmental issues; Clive Betts less so. Gill Furniss has a survey for her constituents on how to make Net Zero affordable.

Photo copyright issue has been resolved by removing photograph and paying £79 fee; we hope this will not mean other FoE groups will be targeted and national FoE have offered to pay the fee given they were the source of the photo.

We discussed potential speakers for future meetings – could include academic experts or relevant campaigning groups (Duncan mentioned “Powers for People” who are campaigning on the local energy bill; Nick suggested waste/recycling as an issue of local concern) SUGGESTIONS WELCOME

While regular business meetings should probably continue on Zoom (more convenient for everyone) we feel we want the opportunity for in-person events too. We will encourage supporters to call in on any campaign events (even if they can’t help staff them) and we will organise Sunday walks in May & July. In principle we will also hold a social/speaker meeting in the autumn and plan ahead for a potential Christmas social too. 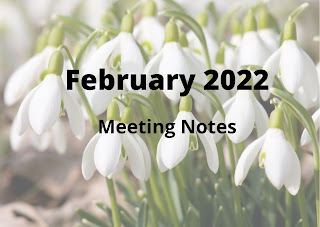