1) Grey to Green Walk; The July meeting was a walking meet and 12 people attended, The walk through the city centre to the Grey to Green phase 1 & 2 areas was interesting and impressive (Shaun R has put photos on the Facebook page). Being able to meet & chat was also very rewarding. Several people had emailed their regrets at being unable to attend and Lindy is running it again on Weds 18th (this week). Hopefully, a few more people will be engaged and interested in joining in FoE activities more fully now we can meet up in person in this way.  Lindy is putting together the very positive feedback provided after the walk & will send letter to local paper.

2) Nature Recovery Sheffield – We are part of this group and were very pleased when Sheffield City Council unanimously passed a resolution on June 16th declaring a nature emergency. Current partners in the group are Sheffield & Rotherham Wildlife Trust, Sheffield Green Parents, Owlthorpe Action Group and the Diocese of Sheffield.   Lindy  and Sarah S have been attending meetings and there will be a launch event on September 30th (online) to broaden the debate and introduce people already signed up to the wider group to the draft Nature Recovery Strategy and discuss ways to develop this through smaller groups.

Sarah S and Clare B have also met with Green Party councillor Alison Teal (Executive Member for Sustainable Neighbourhoods, Wellbeing, Parks and Leisure) for a discussion and she is well aware of the need to co-ordinate across different departments and is planning to recruit more ecologists to the council. There is an issue about the Amey contract and their use of glyphosates which the council is trying to influence through pressure on the contractors, despite having no powers to prevent it.

3) Near Me tool: Duncan F introduced the new tool developed by Friends of the Earth -https://friendsoftheearth.uk/near-me Lindy shared the webpages for the tool and Duncan highlighted some of the features and where it could facilitate comparisons between councils (under “targets”) and identify specific areas where Sheffield is doing particularly poorly and needs to do better. Tool is still being developed so it is possible to add further information

Councils can also be encouraged to use the tool and Brook H suggested ways of sharing it with both councillors and officers, directly contacting relevant officers. Also worth sharing via social media for those that use it (eg Twitter). Duncan suggested that a key area for progress will be domestic heating systems and insulation, where there is an urgent need for more “green jobs” to increase capacity of the workforce. Dinah is lobbying the council and keen to develop a shared consensus and for local groups to support individuals to make changes eg install heat pumps.

4) Sheffield City Council Climate Action Plan: Currently progress has been unimpressive so far.  The coalition executive have been in power for three months and progress on action still seems to be slow.  Supporters have been asked to ask local councillors what progress has been made, with Lindy reporting some disappointing responses. She raised concerns about the low level of understanding of the seriousness of the situation and need to find ways to bring additional pressure. It was suggested that comparative data from Near Me tool could be useful here showing other areas are doing better.  Duncan reported that where tool has or could be used to have an impact, such as league tables, case studies would be created. Local press (Sheffield Star and Telegraph) are always looking for copy and we should consider press releases more often. May be worth a strategy to build on that.

5) Carbon Literacy Training: The Can Do South Yorkshire project have funding that there are using for offering Carbon Literacy training  6-8 hrs in October free to partners. Could be offered on evenings or weekend days for 1-2 people. Claire offered potentially to represent us when training offered.

6) COP26 plans: Sheffield Climate Change Umbrella Group is leading on local events and has organised some single focus events in the city centre.  National FoE have planning underway for the International Day of Action Nov 6th, Lindy is attending an FoE webinar on August 25 (let her know if interested);

Sat Sept 18th: 10-4, on Castlegate as part of Sheffield Waterfront festival organised by Canal & River Trust on Victoria Quays.  Also ties in with opening of Grey to Green Phase 2. Five stalls only with a Nature focus. Other stalls are S&RWT/Diocese, Can Do project cart, Greenpeace/XR.

Shaun had identified some potential issues re  peat for focus of Nature stall which was well supported. This links with both nature recovery and climate change. Ideas were put forward around engaging with the public on this issue, including giveaways of peat with information/QR codes on the bags.  Also to link a petition calling on local garden centres to not buy in peat based compost for 2022 growing season. Lindy, Shaun & Sarah to work on the planning of this.

Sat Sept 25th: 10-4 on Fargate, as part of wider campaign groups event (up to 30 stalls). Key aim to publicise the IPCC report, the need for urgent action and the upcoming COP.  Encourage people to the stall with food (vegan cake/biscuits) and also suggestions included “top ten things you can do for the climate”, possibly on credit card sized cards.  visual talking points. Lindy, Duncan & Brook to work on the planning for this.

Lindy is looking for volunteers to staff stalls over the day on 18th and 25th. Please let Lindy know if you are available for planning or to help on the day.

8) Christmas campaign: Dinah introduced her idea for a campaign for a low consumption Christmas –potentially including a website for sharing ideas. Kath offered a Christmas wreath idea; Helen recommended the Climate Crafting on Instagram and link to Martyn Lewis website (money saving ideas); Brook suggested would need to consider best ways to reach a large audience eg using existing platforms/websites/organisations and/or have a press campaign.

Schools Climate Education South Yorkshire Conference 5-17 July: Richard  provided a report on this recent, well attended event which included 34 workshops for primary and secondary schools. Following up with more engagement with Doncaster and Rotherham as well as Sheffield; plans currently include a newsletter.

9) Update on our numbers of  supporters: on Database 366, followers on Facebook 632 & Twitter 650. Numbers continue to grow slowly. 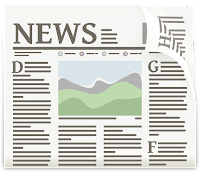