Following their participation in the Environment Hustings we hosted with SCA partners, the following candidates for election to Sheffield City Council subsequently pledged (on social media) to commit to #TakeClimateAction to tackle the climate and nature emergencies and build a fairer and greener society. Thanks to them all!


and thanks also to the following who picked up and ran with the pledge even without being part of the hustings:

We look forward to seeing them all elected to the council to take forward this important work! 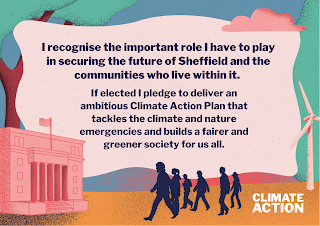