on March 18, 2019
Sheffield Friends of the Earth supported the action outside HSBC near Chesterfield Market on Sat 9th March. In addition we provided leaflets on fracking to Chesterfield Climate Alliance and Chesterfield Against Fracking who were highlighting the HSBC financing of igas at Misson Springs in North Notts and HSBC's financing of coal-fuelled power stations in Vietnam and other South-east Asian countries This last point has been particularly pointed out by Christian Aid who have a letter you can send to HSBC's CEO.

June provided an update on the other anti-fracking news:

At Woodsetts, the council withdrew objections to the traffic plans and there is an appeal  from INEOS in progress.

At Misson Springs, they are already drilling on site; there is both a protection camp in need of donations and an ongoing petition.

We are supporting transport for a Peak District action planned for Mam Tor on 9 June.

At Harthill, hedges have been cut down and plastic ribbons on remaining hedges used to stop nesting birds. See the adverts below for the Frack Free Festival 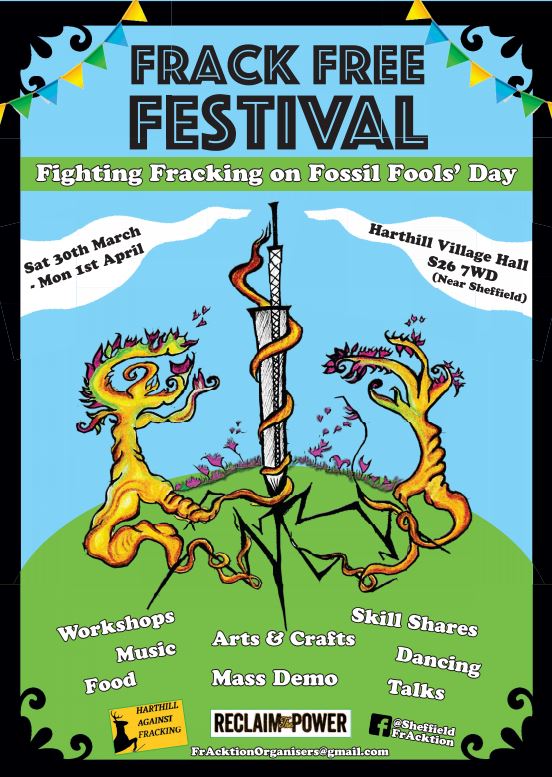 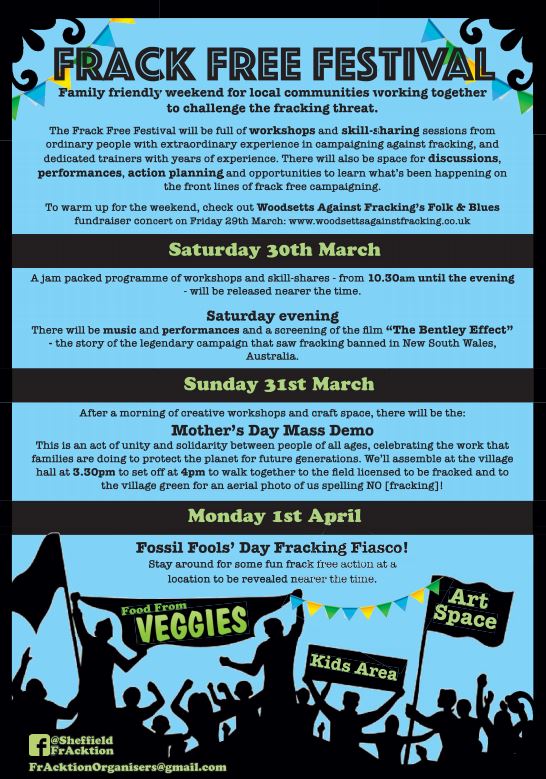