on November 19, 2018
Sheffield City Council has now announced that it plans to establish a Clean Air Zone by 2021 and it will apply to buses, coaches, HGVs, LGVs, vans, taxis and private hire vehicles but not cars. There will be a consultation from January 2019. More details can be found at the links below:
At the time of the SCC announcement, Shaun produced a very good press release and Beatrice did an excellent interview to promote the issue. Client Earth have been in touch with Shaun as they would also like to work with us on this and contribute to the consultation when it opens. They have a parents’ network and Simon mentioned FoE have some new materials for schools and informed development of school “exclusion zones” for peak periods which have encouraged parents to walk their children to school. 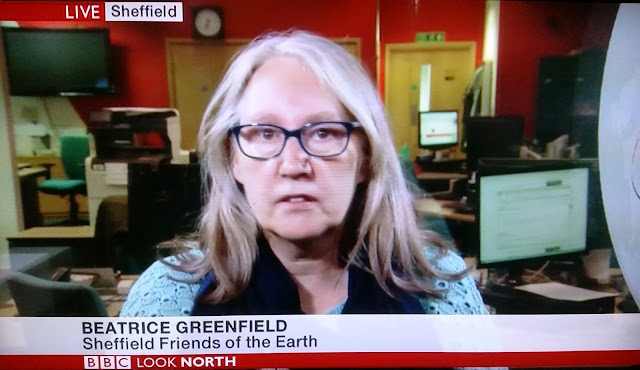 The SCA AGM was devoted to Air Pollution and they have been campaigning for the Clean Air Zone over the summer. Drew will represent FoE at the SCA meeting tomorrow (20/11/18). There is another FoE teleconference during the week as well.

Related to transport and air pollution is the Supertram consultation. Individuals have contributed along with Sheffield Climate Alliance. The preferred option is to replace the system with new rails and trams rather than adhoc improvements or scrapping it altogether. There is also a petition for improving public transport. Please sign here https://www.change.org/p/save-our-south-yorks-buses
Air Pollution Transport