on October 15, 2018
Richard praised Dr Ian Fairlie's insightful presentation on radioactivity and fracking at the meeting on the 27th September.

Friends of the Earth Sheffield are proud to have donated money to Harthill Against Fracking and wish them the best of luck in their fight against fracking in Lancashire. Friends of the Earth Sheffield will also be contributing to transport costs involved with a national call for support at the Preston New Road fracking site near Blackpool. If you would like to go to the national rally please see the poster below: 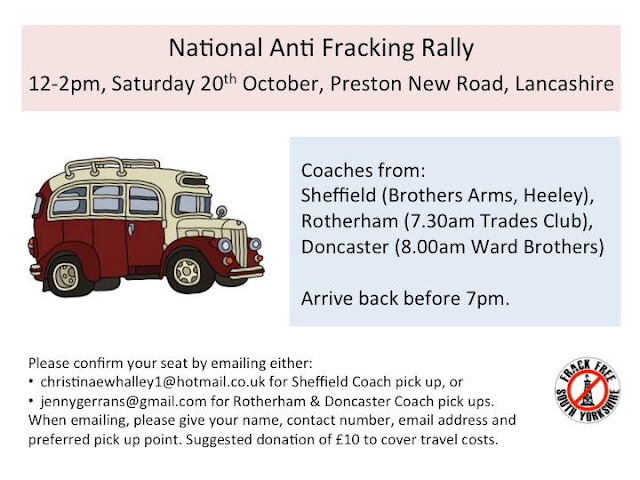 Sheffield Friend of the Earth created a short video in support of the people in Blackpool trying to stop fracking.