Ecclesfield
There is a plan for a waste water treatment plant in Ecclesfield, near to Morrisons, to process water from fracking operations and release it into the river Don. There has been local leafleting to raise awareness and two experts have identified issues of waste water and radiation. There are obvious threats to health or both residents/workers and local wildlife.

IGAS
Work has started at the Tinker Lane site south of Blyth.

Ineos has applied to have the Marsh Lane and Harthill applications removed from the local planning authorities and sent straight to the Planning Inspectorate for a decision.
Email from Ineos to an Eckington Parish Councillor:

I wanted to write to you today to tell you personally that after much consideration, INEOS Shale has taken the decision to ask the Planning Inspectorate to intervene in two applications for test drilling. The work we want to carry out at Marsh Lane in Derbyshire and Harthill near Rotherham would involve straightforward coring wells. These would provide geological samples which would also then be available for the nation to use as part of a wider evidence base for any other future projects.

With the statutory period for determining the applications long finished, we will be asking for the decisions to be made by the national planning body rather than the local council. We came to the conclusion that we needed to appeal directly to the Planning Inspectorate after we granted numerous extensions and established that, not only were decisions overdue, but also that they would still not be forthcoming in the short term.

It is important to remember that this work would bring inward investment into the local area with the possibility that the sites could also be used for shale gas development if the surveys are successful. Given the recent manufacturing decline across the region as a result of, among other things high energy costs, securing a local supply of energy could be transformational for the local economy providing both jobs and investment.

I want to reassure you that this decision has not been taken lightly, and that we understand the pressures on Councils to make decisions of national importance at a local level. Nevertheless, because of unreasonable delays we have been left without an option if there is to be progress on these important projects. Particularly in the context of the commitments we have made to Government via our licence obligations. Whilst our consultation process has always prioritised local people, and we will continue the dialogue about our plans at a local level, we cannot wait indefinitely for these decisions. Everyone will benefit from the provision of scientific data.

We will continue to work closely with you and local communities to explain the benefits of shale gas, as well as reassure you that this industry can be developed safely and can be of benefit to all. 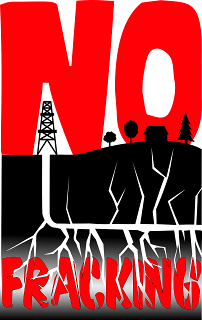