International day of action for the climate is being planned for Sat 14 Oct. We are planning for a morning event in Sheffield city centre (Town Hall or Barkers Pool) 10:30 -11am start) – “Keep coal in the ground, skip fracking and go renewable”.  Potential for rally/march/speakers.  Lots of creative ideas for visual stunts with a dinosaur theme.

Report from recent stalls (including Walkley and Low Edges). Lots of interest and people signing petitions, writing objections to planning applications from Ineos. Previous petition sheets have been sent on to national FoE.

Harthill – 25 people turned up in response to social media to help, distributed leaflets. 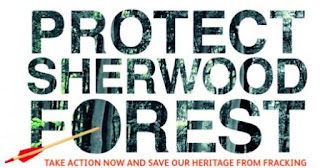 Objection letters – already 300 sent on Marsh Lane, 175 on Harthill – draft letters and petition will be put on line.

GMB are pro-fracking because of potential to provide jobs – need to try and influence through local branches e.g. by providing more information about small number and dangerous/skilled nature of jobs.

March and Speakers - Eckington Against Fracking – meeting up to have march to Marsh Lane, currently planning stalls and a number of speakers. If you fancy joining use see link here

Films on fracking available all this week via the Greenpeace France website.

Peoples’ Assembly is organising a Fracking protest outside Labour Party Conference Sunday 1 Oct (there will be an opportunity to book coach places).
ACTIONS:
Fracking