on June 19, 2017
The festival of Debate event was well attended by about 30 people and the speakers were excellent. It was agreed that it was well chaired and there was some good discussion. It was also well covered by local media and potentially in future we could do more media work. A small charge (or a deposit refunded at the event) might have ensured that more registered people actually attended. Alternatively we could ask for donations to cover the cost of the venue.

Jack Scott expressed interest in council representation at the meeting but this would have been difficult pre-General Election for both FoE and the Students' Union. It would not be possible to have a politician as an invited speaker if the other parties were not represented as both organisations need to be seen to be non-party political. It was suggested that a meeting could be arranged with Jack Scott and the Air Quality Officer as a follow up to discuss the air pollution strategy. 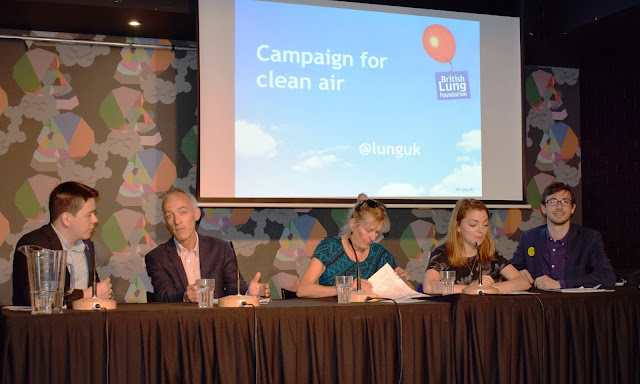