on October 19, 2015
On Saturday 10 October, members of the public, local environmental groups and political organisations gathered outside Barclays Bank in Sheffield city centre to ask them to stop funding fracking in Yorkshire.

Barclays Bank was targeted as Barclays Natural Resource Investments, the bank's private equity division, owns 97pc of Third Energy. They have recently submitted plans to frack in Kirby Misperton in North Yorkshire where they plan up to 950 wells at 19 sites, including some very close to the beautiful North York Moors National Park.

There is still time to object to Third Energy's planning application to drill for shale gas at Kirby Misperton, North Yorkshire. http://frackfreeryedale.org/km8/.

We issued two press releases which were printed in the Sheffield Star. 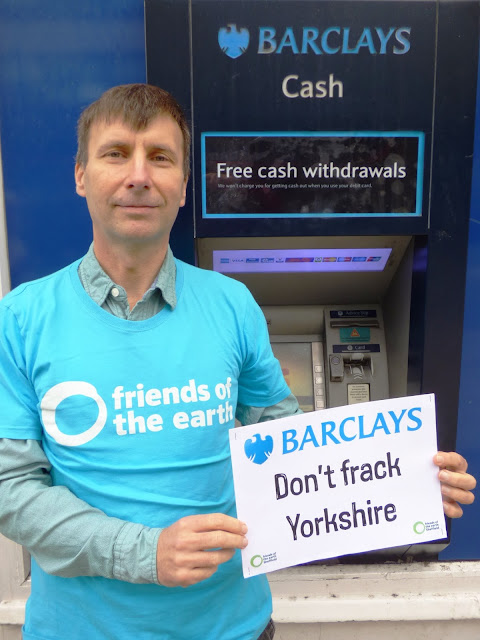