on September 21, 2015
The Time to Act conference took place on Saturday 19 September 2015 with around 90 people attending. Its aim was to contribute to the mobilisation of people ahead of the UN climate talks in Paris in December. It also focused on withdrawing pension funds and other investments from companies heavily involved in the production and use of fossil fuels. It supported the national and international trade union campaign for government funded climate jobs and local protests against fracking.

The next big local action will come on the 28th November in Sheffield where we have the giant Mr Frackhead prop followed by a national day of action on the 29th in London. We'll let you know the full details nearer the time. 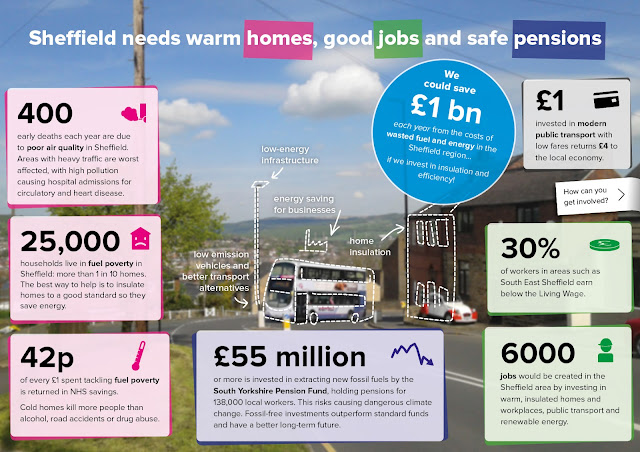