on August 17, 2015
Climate Action - London Demonstration
On the 29th November 2015, the biggest climate protest ever will be taking place in London on the eve of the crucial Paris climate talks, which will take place from the 30th November to the 12th December. Around the world, in major cities, people will be coming together to demand that our governments take action to save our beautiful planet.
Across the UK, people will be working together to make this the biggest, most poignant demonstration yet, and our unified voice will resonate across the globe to call for a serious change in policy attitudes towards the climate.
Time to Act will be working alongside a variety of other groups and activists for mass mobilisation to really show solidarity with our French neighbours.
See http://www.timetoact2015.org/ for more details. 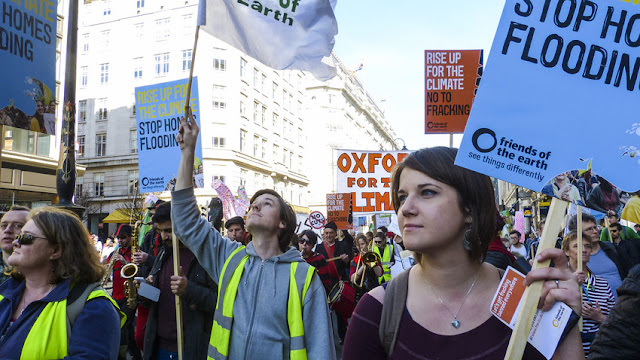 Climate Action - Sheffield Rally
There will be a rally in Sheffield a day earlier on the 28th of November. There is to be a planning meeting on 5th September to work out what we want to do. John will attend on behalf of the group.
What do we want to happen? There is to be a 2 minute silence to represent the 2 degrees limit. We want one liners, stories on how climate affects you personally. So what is your story? Sheffield sings for climate in the Winter Gardens. We are hoping for street drama, Flash mob, costumes, Mr Frackhead (Jane to organise/Hayley to talk to Simon).
If you would like to put forward your ideas the planning event is on 5th September at the Quaker Meeting House, 10 St James Street, Sheffield, S1 2EW. 13:45 for a 2pm start and finishing by 4:45.
National Climate Alliance Conference
National Climate Alliance is holding their Time to Act conference in Sheffield on 19th September at Sheffield City College, Granville Road S2 2RL. For more details see: 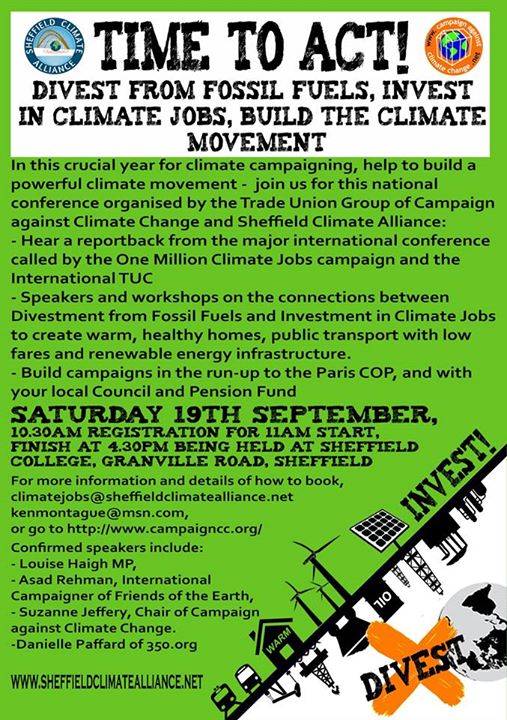