on March 16, 2015
We linked up with the Festival of Debate to screen a couple of environmental documentaries.

The first film, screened on Wednesday 4th March, was the climate change documentary Chasing Ice. There was a good turnout of over 40 people, many of which had not previously attended our film festivals. There was a good discussion afterwards led by Simon Bowens from Friends of the Earth's Leeds office. Thank you Simon for coming along and helping out so well. The Union Street building was an excellent venue - it had plenty of space for the screening, a stall and space to sell cake and refreshments.

The second instalment was the film Gaslands 2 on Wednesday 18th March.This too was very well attended with many people we haven't seen before. David Burley from Frack Free South Yorkshire lead the discussion after the film.

While John and Hayley were running the stall, they chatted to the manager of Lush and will investigate ways of working together. Our stall was used to publicise our work on fracking and the Run on Sun campaign.

Sheffield Friends of the Earth would also like to thank Felicity Hoy of Union Street for helping us with this film festival. 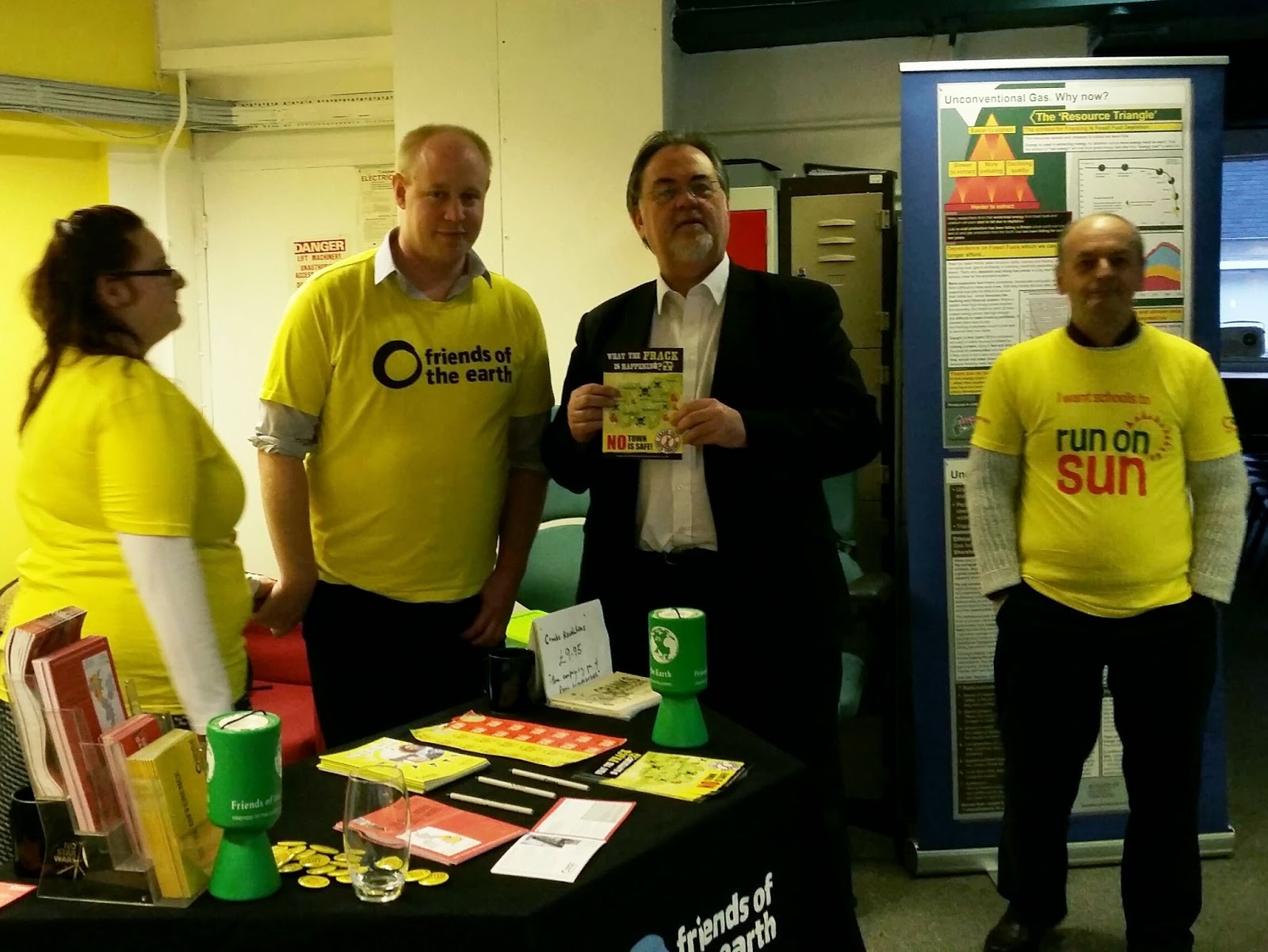 We are hoping to show a family friendly film next, possibly during the day, targeted at young people and families. Any ideas for films please let us know.
Films