Shaun was invited to write a 400 word column for the Telegraph about our work over the last 4 decades and to promote our party. This was published a few weeks later. We've also been given the opportunity to write future columns for the Telegraph.

On the day of our party (Thursday 16th October), Jude Warrender had an article published in the Sheffield Telegraph about the art work her husband, Paul Warrender, drew for voluntary groups like Sheffield Friends of the Earth. On the same day Friends of the Earth’s executive director, Andy Atkins, was shown around Smithy Wood so he could see for himself what would be lost if the motorway service station was built. During the visit, Sheffield Live’s new TV station filmed us for their nightly news programme. BBC Radio Sheffield got in the act too by broadcasting an interview with Andy around 5pm. The Sheffield Star covered the Smithy Wood visit the following Tuesday in addition to publishing an article about the Sheffield Green Commission which showed Beatrice at the front of the photograph.

A day later, on Wednesday 22 October, ITV’s Calendar news programme contacted us to see if they could do an interview about recycling figures. They were on route to Beatrice’s house when they were redirected to film another issue in Leeds. Hopefully we can work with them on future green issues.

On Thursday 23 October, the Sheffield Telegraph published a small article based on the one from the Sheffield Star about Andy Atkins visiting Smithy Wood.

See our media pages for these press cuttings by clicking on the media tab. 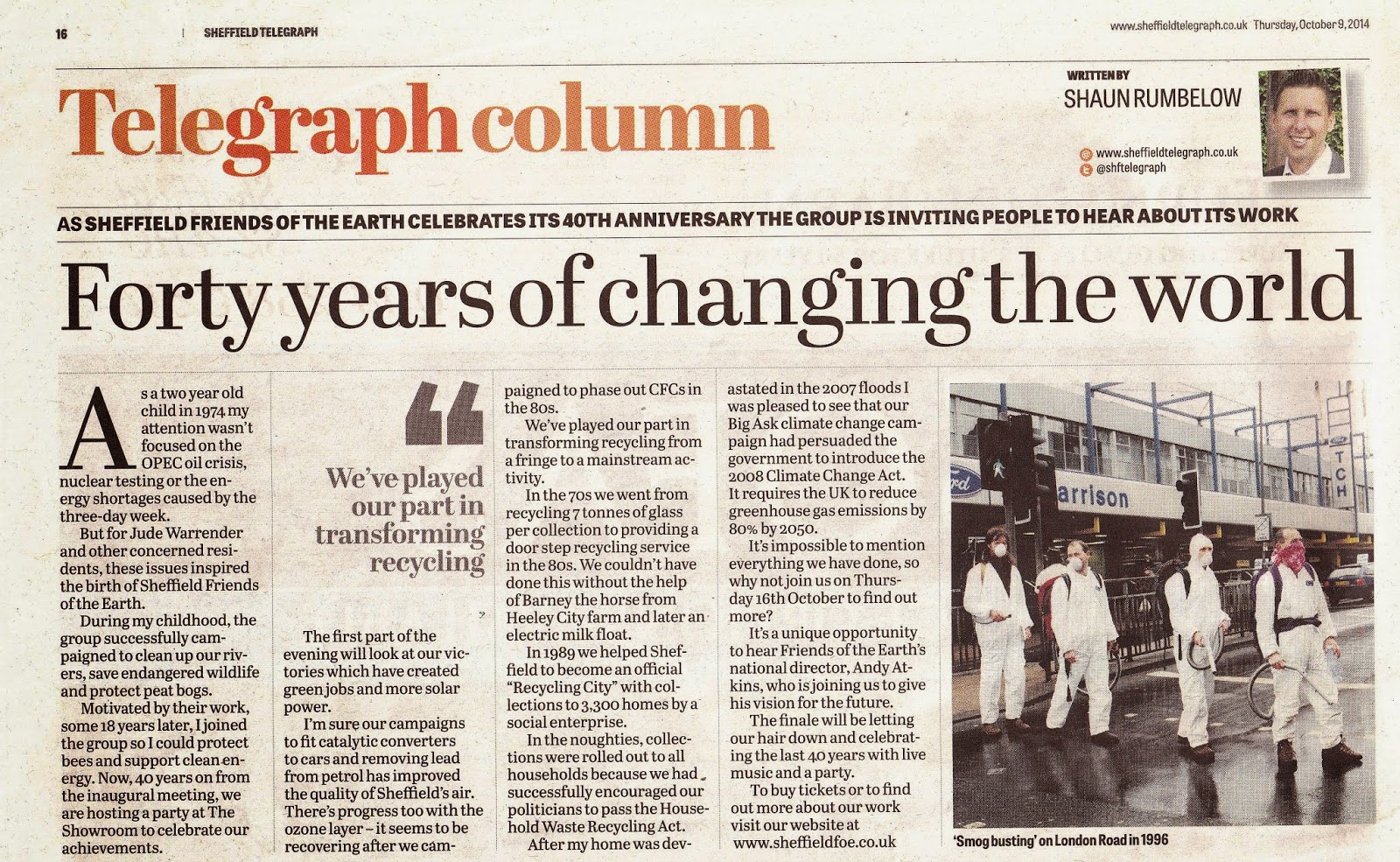