on October 20, 2014
Jude Warrender set up Sheffield Friends of the Earth in 1974 and now Jude has written a book called Cranks & Revolutions to celebrate the work of her Husband, Paul Warrender who produced much of the group's art work.

Jude launched the book at Walkley Community Centre as part of the Off the Shelf Festival on Saturday 18th October 2014 where we had a stall to promote our work. 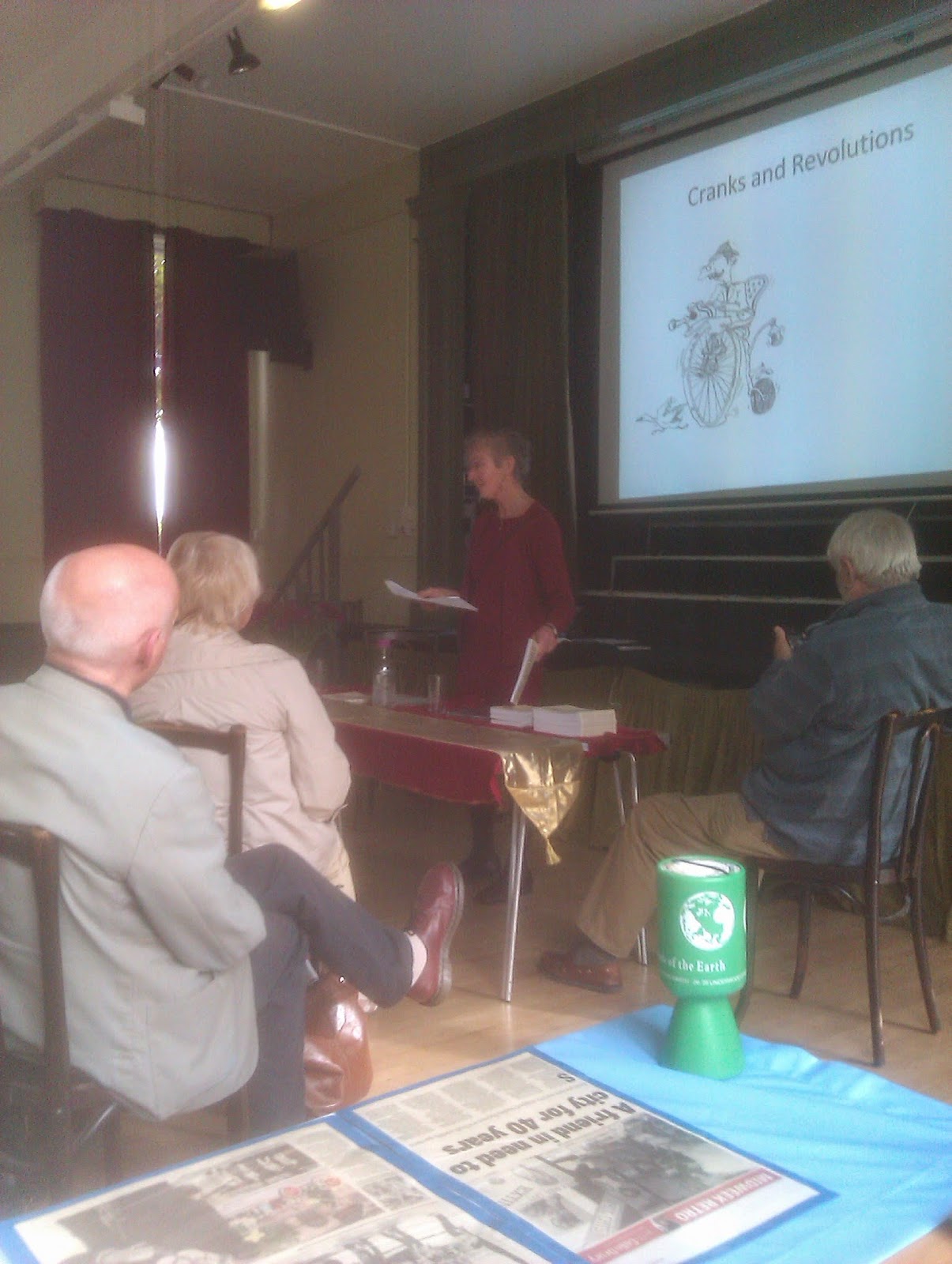 The book will be available from Jude directly judewarrender@gmail.com), Voluntary Action Sheffield and Beeches shop, South Road, Walkley. The book costs £8 with £1 going to charity.

We will ask Jude for 5 books for us to sell at our stalls. David will to organise this and get the books to Beatrice before the Peace and Craft Fair. It is also possible for us to use this hall as a future venue for our film festival. Andy Atkins suggested that we contact National Friends of the Earth for suggestions for a family friendly film which was mentioned by John last time. Beatrice is to look into this.

A copy of the book is shown below in addition to the article in the Sheffield Telegraph. 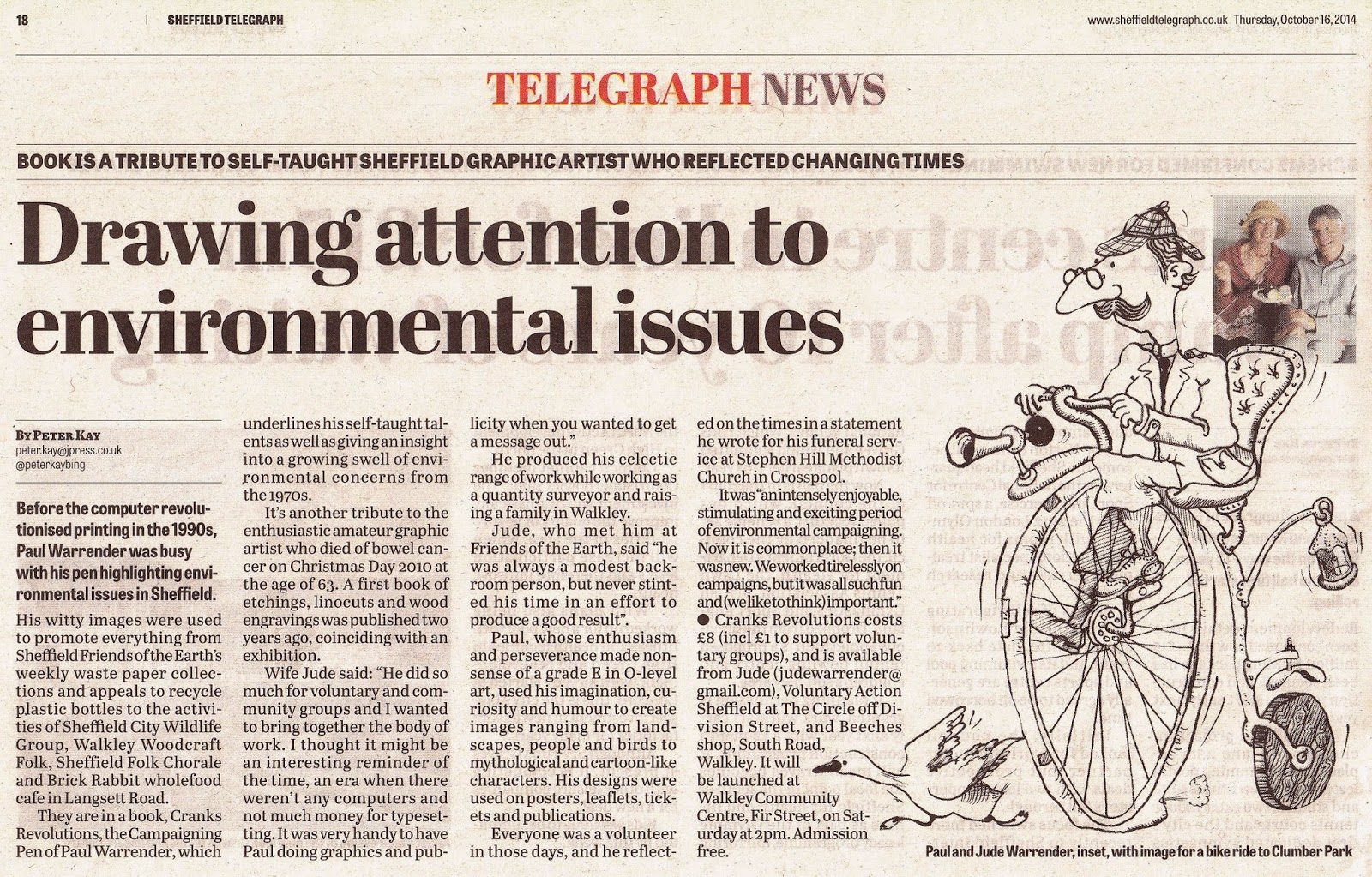