The evening started with chatting and reminiscing about old campaigns, followed by a number of presentations covering the group's work over the last 40 years. Jude Warrender talked about the first 20 years of the group's history before Shaun took over to explain what we had achieved during the period 1992 to the present day. Andy Atkins finished the presentations by talking positively about four achievements Friends of the Earth has made recently. 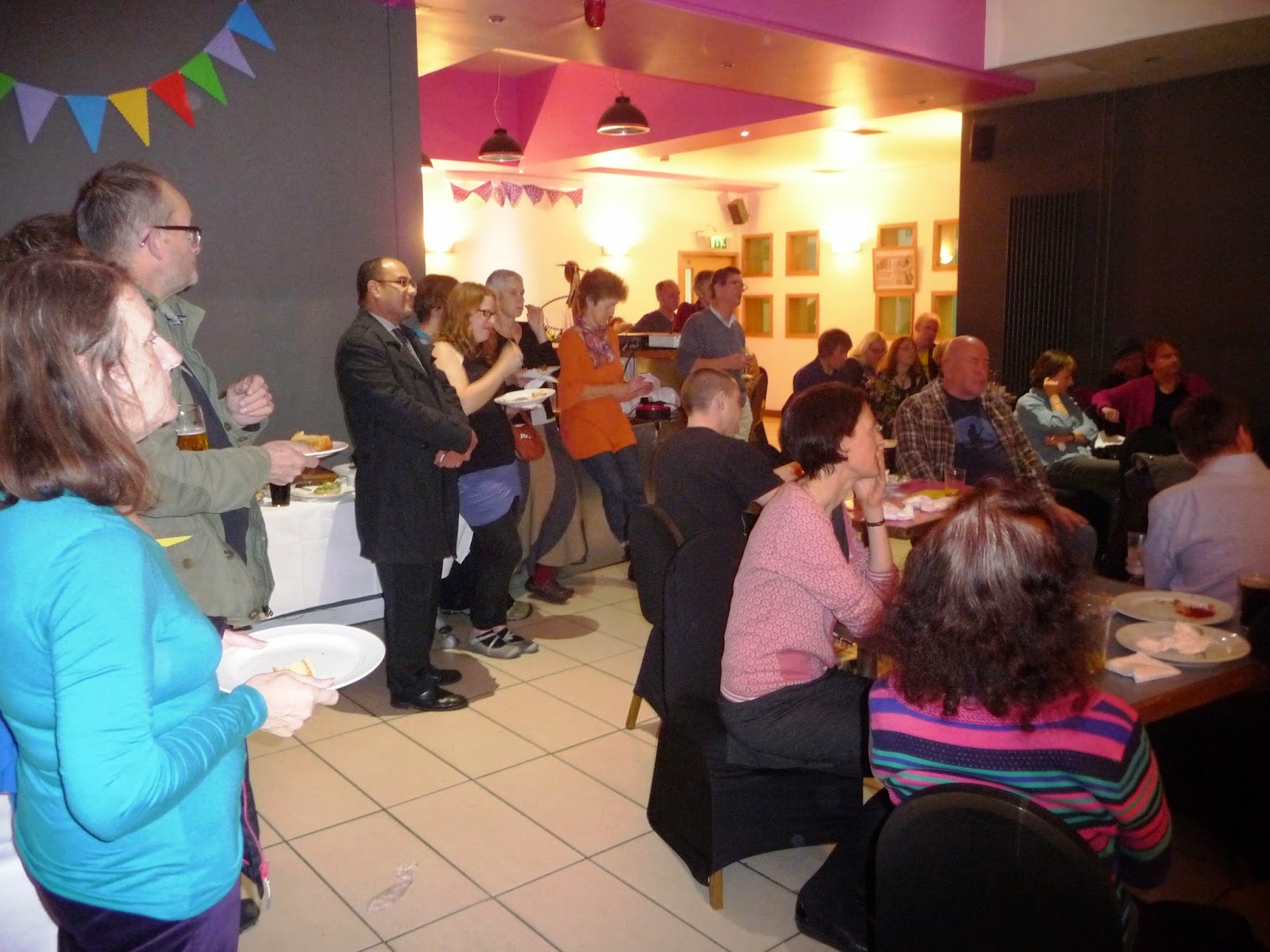 Music was kindly provided by a cappella quartet “What 4” and Steve Goodacre played his guitar and sang folk songs. 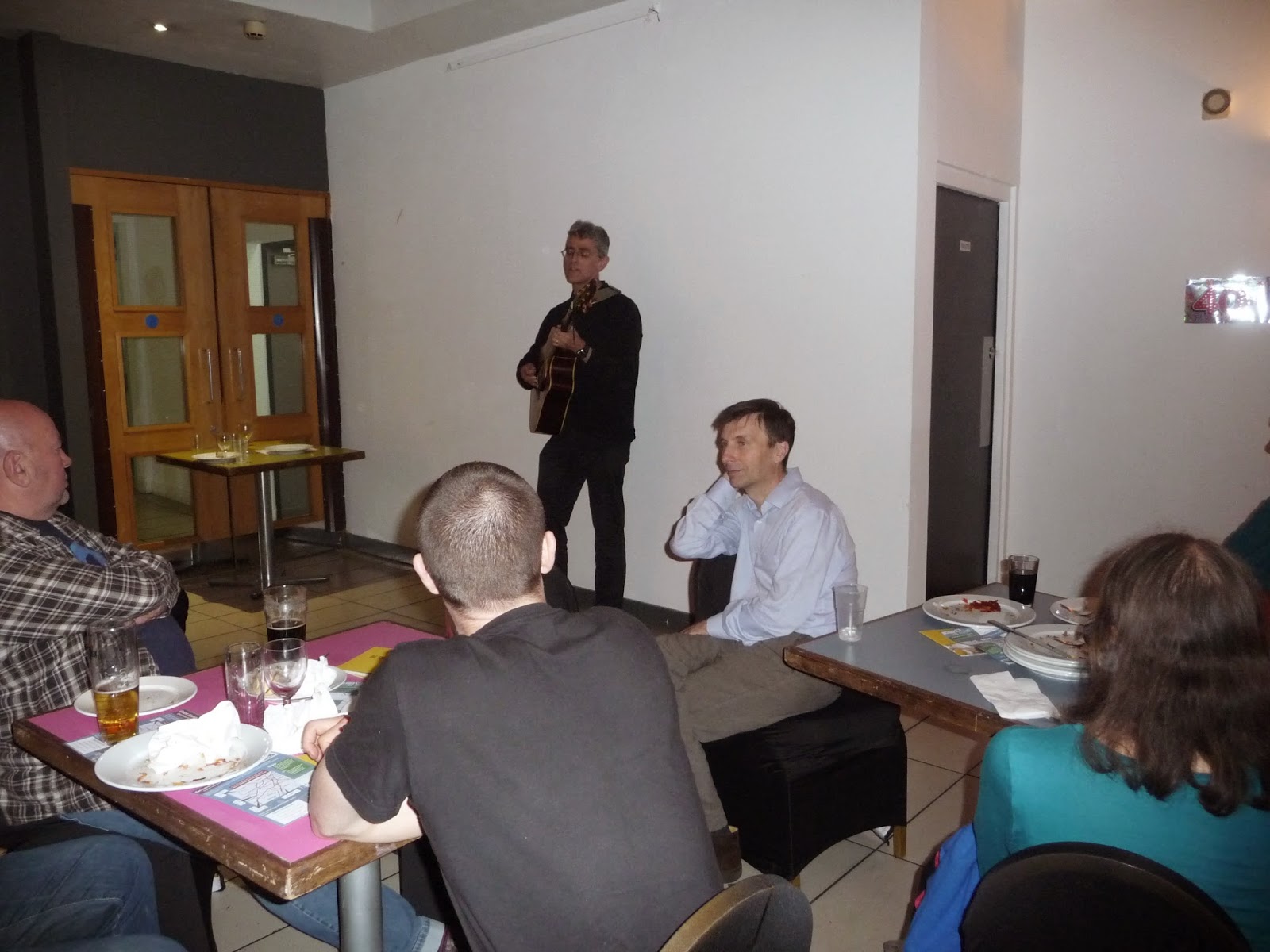 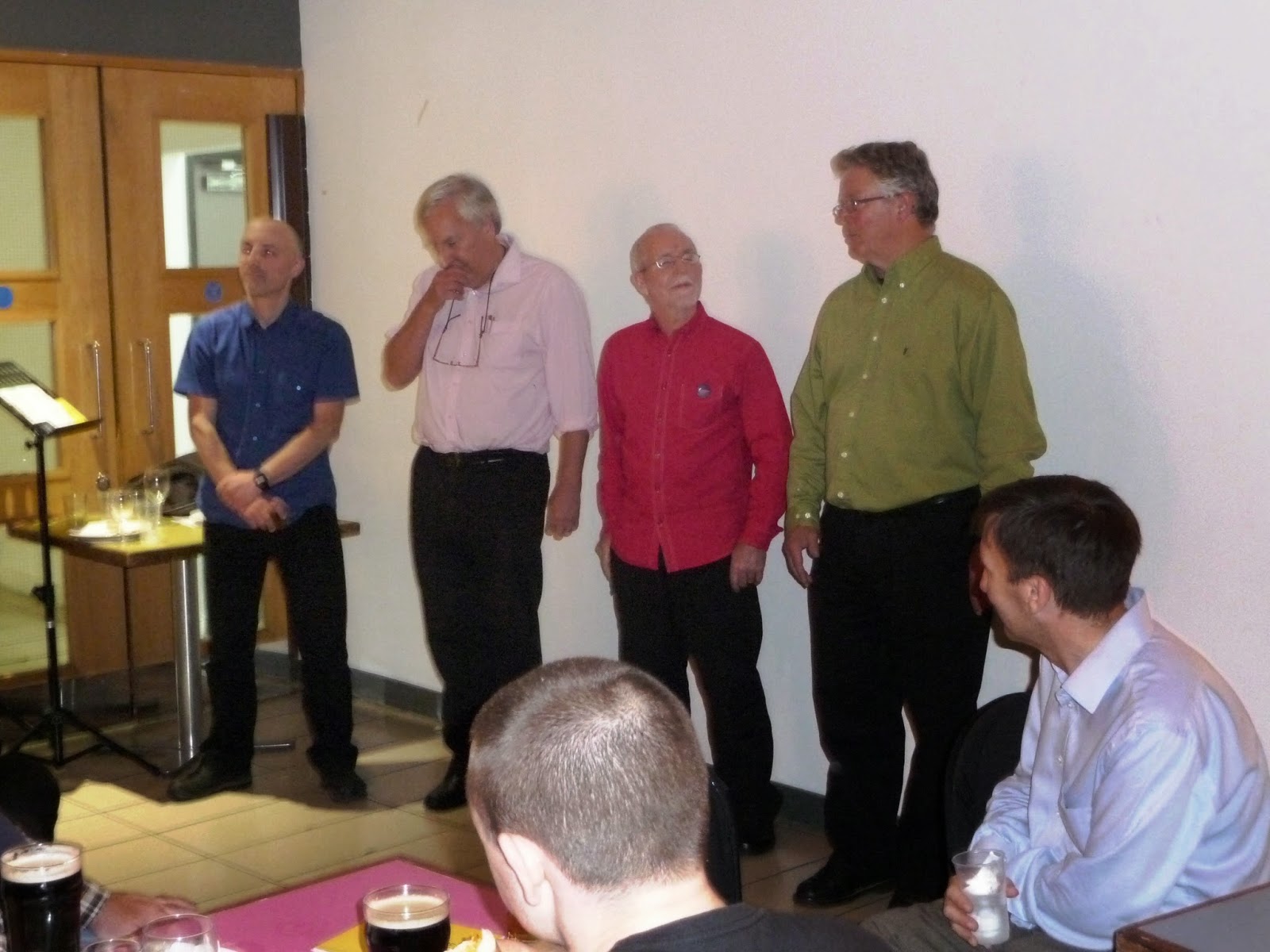 On reflection, it was felt that overall that the party was a success and a good model for future events of a similar nature. The ticketing via bank details was much better as fewer people nowadays use cheque books and the effort of them going to the post office for a stamp was considerable. The Showroom facilities and staff were excellent and accommodating. The only complaint was that the food needed labelling which they assured us would be sorted for the future.