Shaun sent a press release to the Sheffield Telegraph publicising the event. It was featured in the September 18th edition. Shaun has also been asked to write a 400 word article for the newspaper later this month. 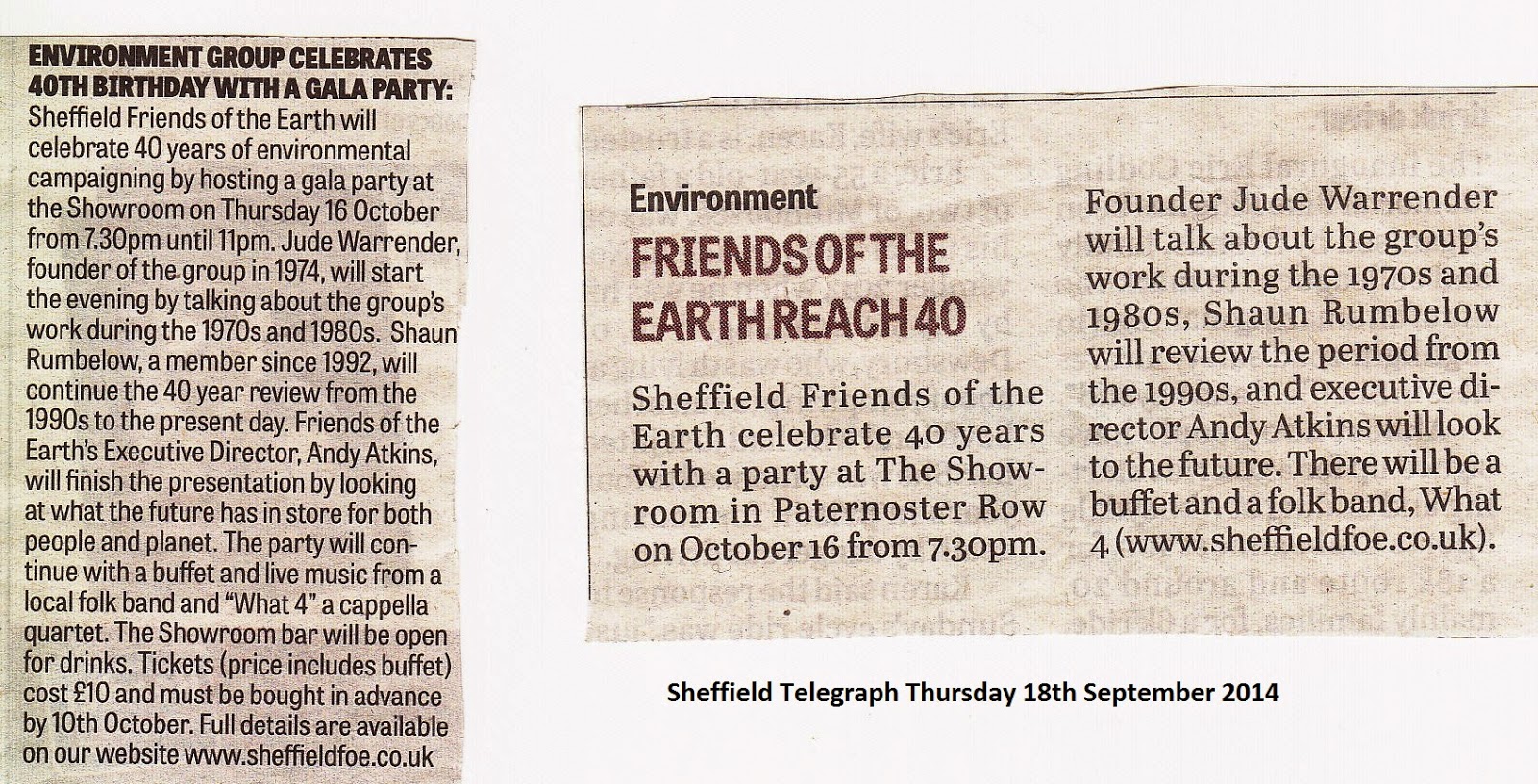 Tickets were distributed to members at the last meeting so they can be sold immediately when talking to people.

A pre-event meeting will be held on Monday 6th October. Shaun will do some signage for the night and Richard will talk to the people in Lush to see if they will give out some leaflets. Also, Richard will leave some leaflets in the Quaker Meeting House

If you haven't got your tickets yet then please get them ASAP. Ticket sales will end on Friday 10th October so we can sort out the catering.