on July 21, 2014
David and Shaun manned a Sheffield Friends of the Earth stall on Sunday 20th July near to Smithy Wood to support The Woodland Trust and Cowley Residents Action Group who are fighting to stop a motorway service station being built in the ancient woodland. 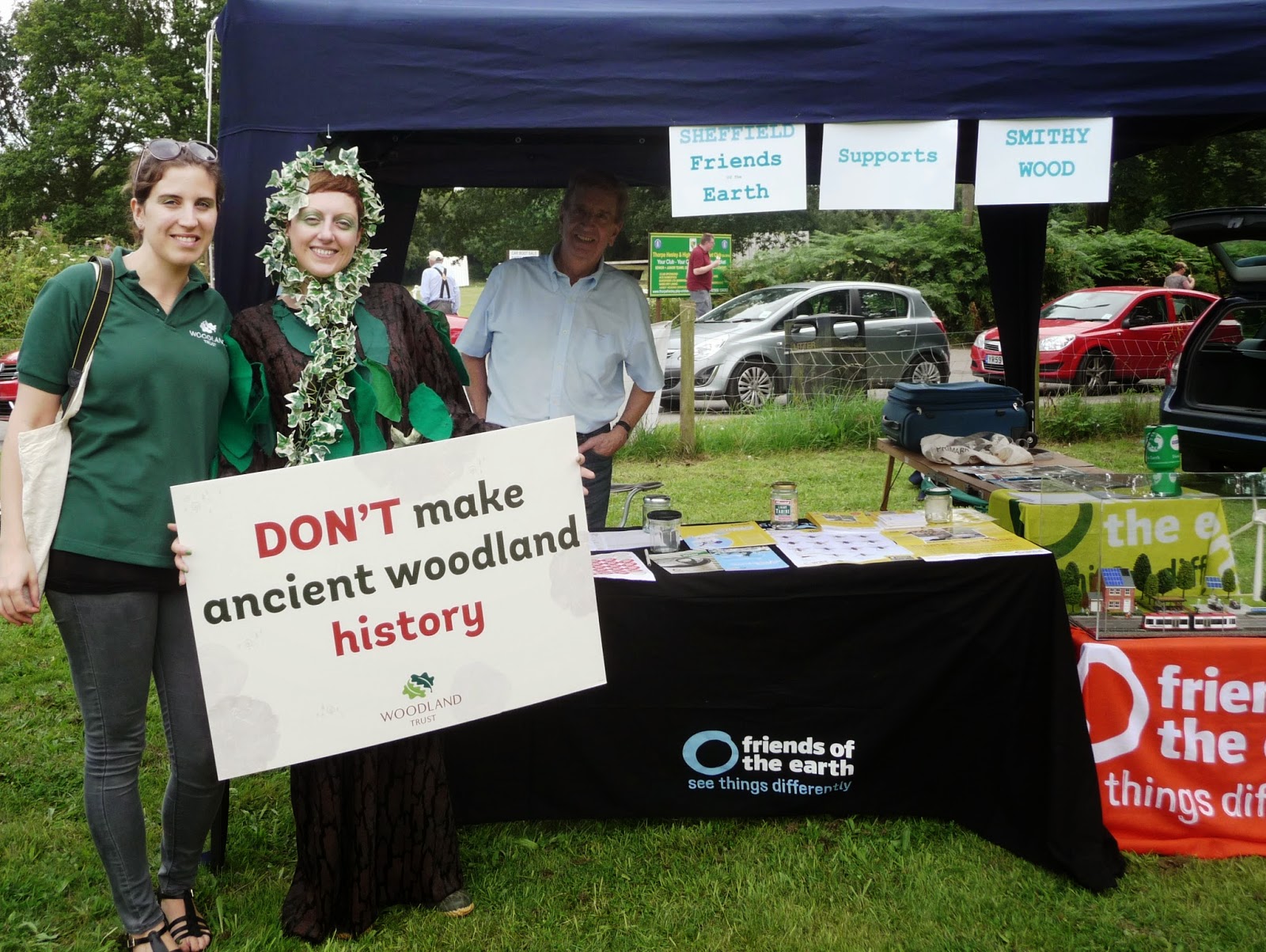 Shaun's eco-city model was launched at the event which seemed to attract the attention of both children and adults. The spinning wind turbine (no batteries - it's solar powered) added movement to the model. 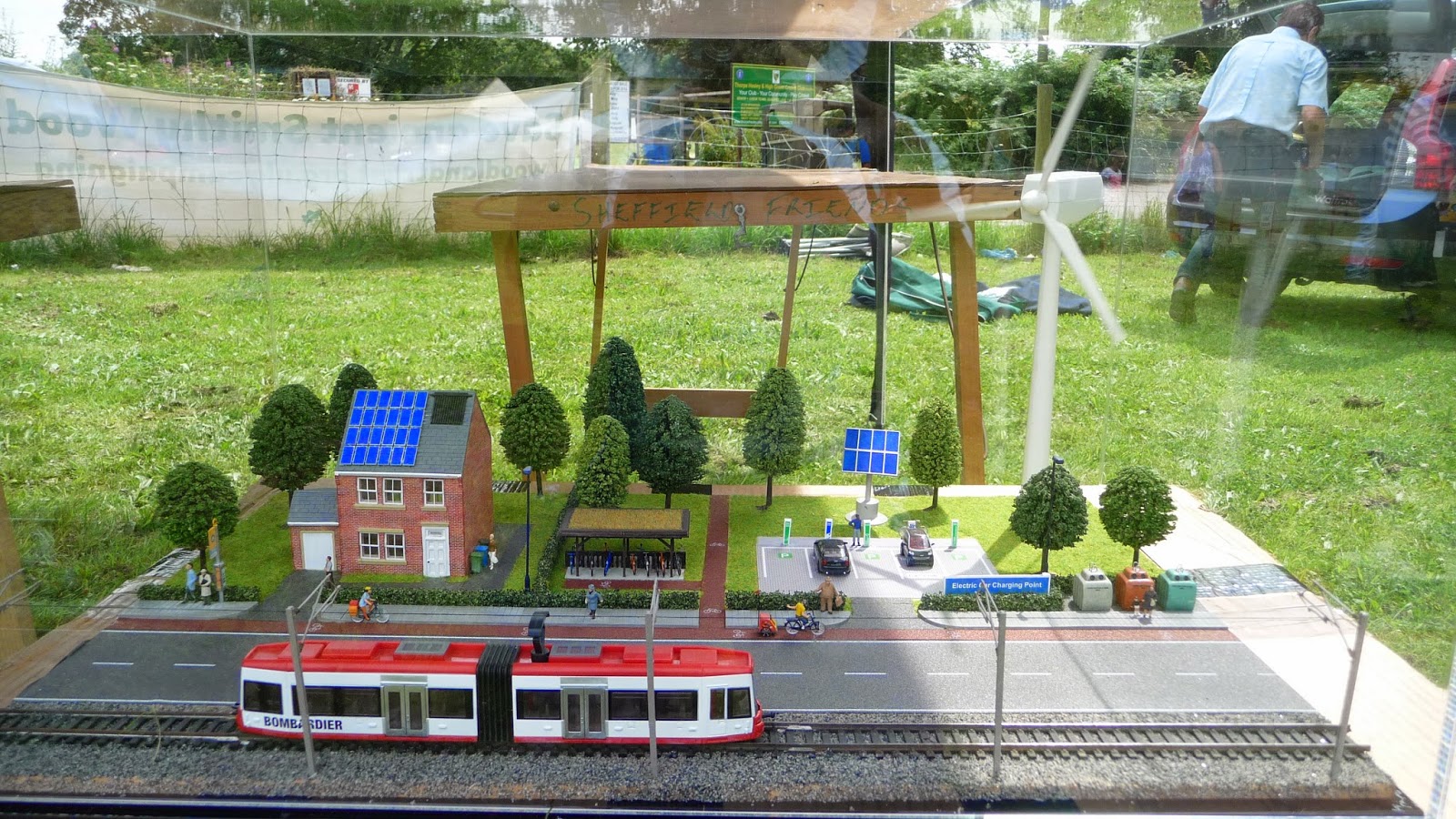 At the July meeting it was suggested that David and Shaun might write a letter to the Star with a photo about Smithy Wood? It would help to support the work that they are doing and raise awareness. We can also email national FoE to see if there is anything else that we can do.
Habitats Stalls