on April 21, 2014
Elections
Our April meeting was the group’s AGM. The following people were elected:

• John will step down from the role of co-ordinator in June to take a break for 6 months. David will remain as the group co-ordinator, but we hope Beatrice will be able to help out when David isn’t around.
• Shaun agreed to continue with the website work and Liddy will continue her role as the treasurer.

Treasurer’s Report
Liddy Goyder was unable to attend the meeting owing to illness but emailed the following report to all members. The report was presented by David Roberts who proposed that it should be accepted. This was seconded by John Wilson and approved unanimously by those present. 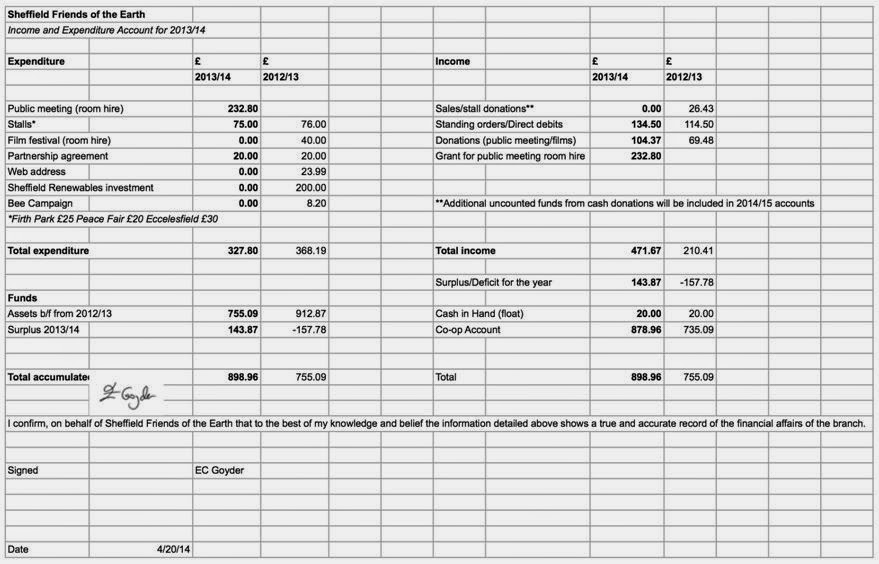 Review of the Year
The year was filled with many events and meetings which are detailed on our website. As well as supporting campaigns around the country, the following are some of the highlights of the actions between May 2013 to April 2014.

Film Festival 2013
Four films were shown in May and we raised about £80 in donations. Films shown were Blood of the Amazon, Blue Gold, Chasing Ice & The Happy Movie. The Red Deer venue was full for each event with around a total of 150 attending.

Litter Pick Sept 3rd
16 sacks we're filled by 8 members and delivered to AMEY and a photograph of the event published in The Star.

Base Camp was attended by 6 members

40th Birthday Activities
Shaun has built a model Eco Village and spent an enormous effort on preparing a collection of old photos as part of our plans for a 2014 anniversary event. He also liaised with the Sheffield Star resulting in a 2 page article in the Wednesday 12 February edition.
A planning group has been set up to organise a 40th birthday event, comprising Shaun, Richard, Francois & Ann.

Tour de France 2014 - Yorkshire Depart
A subgroup was set up comprising Richard, John & Steve to formulate ideas to capitalise on this event.

Garden Organic
Richard arranged a visit to Garden organic on the 28th Sept, which was attended by himself, Beatrice, David, Francois & Shaun. 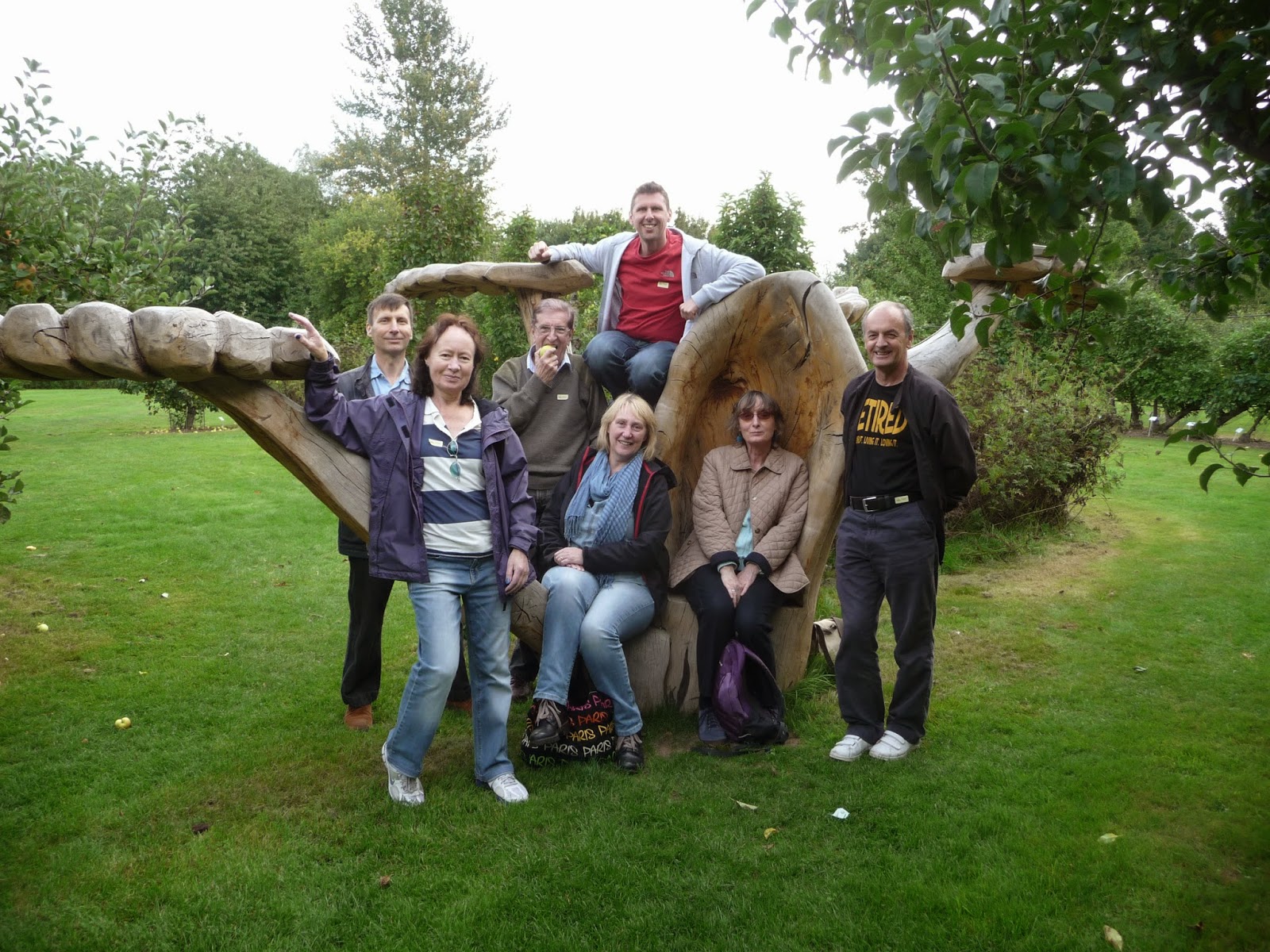 Christmas Party was enjoyed by all on Dec 16th.
Accounts