on November 18, 2013
Shaun, Trisha and John joined South Yorkshire Greenpeace for a special vigil to draw attention to the plight of the Arctic 30 and their farcical jailing. We joined other Greenpeace groups in 263 Cities in 43 Countries around the world. 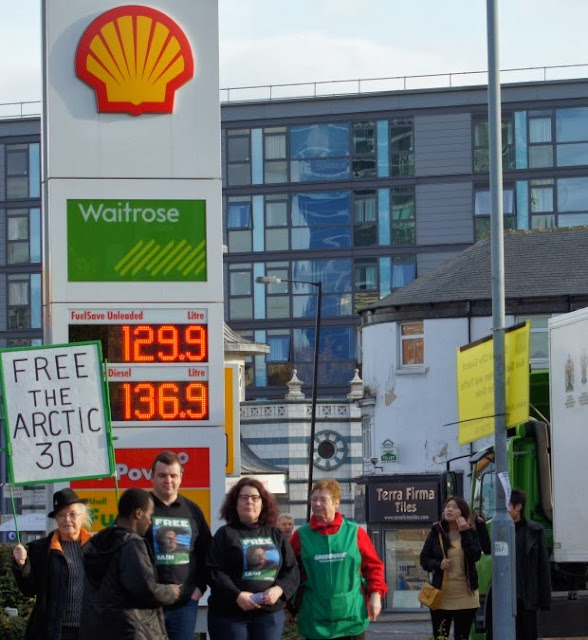 The holding of the brave men and women activists is simply an attempt to silence their peaceful protests, but on Saturday 16th November we showed it would not now or in the future, stop peaceful protest, especially with acts of violence, intimidation or threats.

We held the vigil outside the Shell petrol station off London Road (near Waitrose) and we were proud to welcome a relative of one of the Arctic 30 activists, Iain Rogers, who with her partner, stood with us handing out leaflets to the public and motorists. The leaflets explained Shell's growing partnership with Gazprom, the company most responsible for the arrest and detention of the Arctic 30.