on September 16, 2013
Sheffield Friends of the Earth cleaned up the area at the bottom of Ecclesall Road on Tuesday September 3rd, filling 12 large black bin bags, which they then delivered to Amey's offices. Friends of the Earth contacted Amey, the company that is supposed to keep Sheffield's streets clean, in the early summer to complain about the large amount of litter that had accumulated in the vegetation in this area. In response, Amey then cleaned it up, but on inspection it was clear that they had missed quite a lot. The rubbish consisted mainly of food and drinks containers, some of which had clearly been there for months or even years.

It would be helpful if more bins were installed in this area, if more people used them and if the government introduced a bottle deposit-refund scheme, so that people were paid for returning empty bottles – as used to happen in the past. The Campaign for the Protection of Rural England recently launched the UK Deposit Alliance, which is campaigning for the introduction of a deposit-refund system for drinks containers, like the scheme that has been in operation in Germany for ten years.

The litter pick was featured in the Sheffield Star: 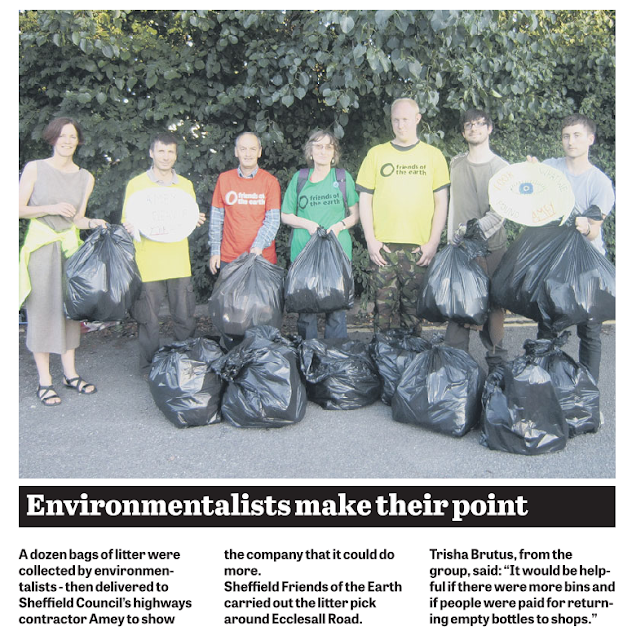