on May 20, 2013
Europe bans the worst bee-harming pesticides
We've won! European member states have voted to ban the worst bee-harming pesticides. Sheffield Friends of the Earth, together with hundreds of thousands of people across Europe, forced governments to act. Our own Government in the UK may have failed to back the pesticide ban. But that wasn't enough to stop our voice being heard, and the ban still got the majority vote it needed. The Government also has the chance to claw back its credibility on bees by supporting a national Bee Action Plan to tackle habitat loss and disease, as well as pesticides.

Sheffield Bee Action Plan Stall
On Saturday 11th May, Shaun, John and Beatrice joined forces with Rachel and Richard from national Friends of the Earth to collect signatures at a local farmers’ market in Broomhill. The postcards asked the Government to introduce a national Bee Action Plan. Many people from Nick Clegg's constituency signed up and agreed to have photographs taken with our giant bees (John and Beatrice) for our media campaign which will put pressure on Nick Clegg.

After three hours of campaigning we had collected around 60 signed postcards, plenty of photographs and donations totalling £24. 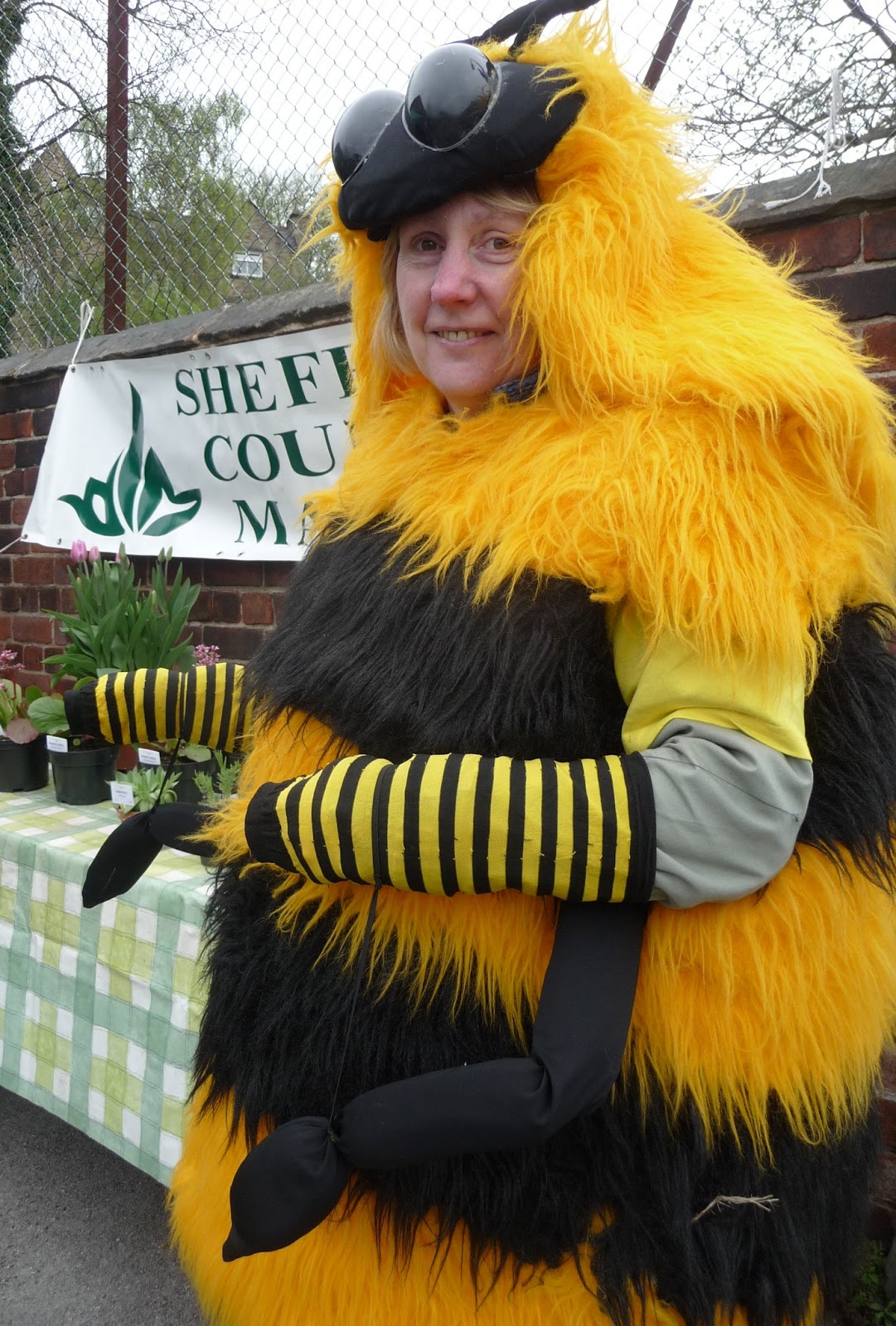 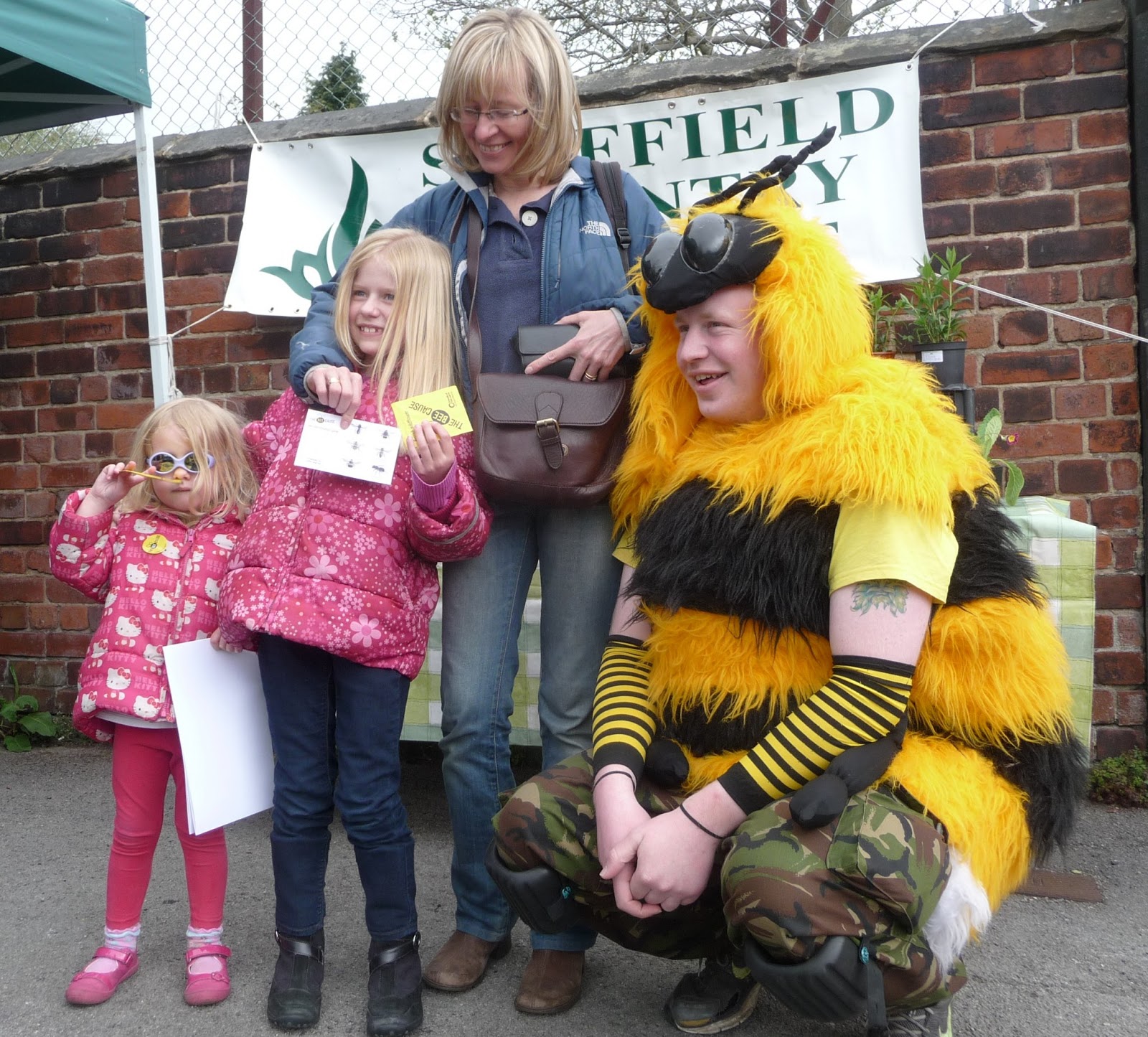 Bee Meadow
We received an offer for a bee meadow site at the day of action in Broomhill. Beatrice & David attended the “Transition Sheffield” event at the Fusion Café where they got more offers of sites for the Bee Meadow. We discussed the pros and cons of each location at our general meeting and decided that a visit to the sites would be a sensible next step.

Whilst at the Fusion cafe, Beatrice gave a short speech outlining Sheffield FoE's activities as they related to the groups present.

Bees in Decline
New research by the University of Reading reveals the true extent of the threat facing some of Britain's most iconic bee species. The Great Yellow Bumblebee has disappeared from 80% of its old habitat. The Potter Flower Bee is only clinging on in a handful of sites along the South coast. And many other species are in serious danger. On 16 May scientists presented their findings directly to MPs. Leading bee expert from the University of Reading, Professor Simon Potts, said: "The way we farm and use land across the UK has pushed many rare bees into serious decline. I'm calling on the Government to act swiftly to save these iconic creatures which are essential to a thriving environment and our food supply".
Bees Group Photos Habitats