on August 25, 2012
RecyCoal have applied to reclaim and restore a former colliery spoil heap by the recovery of coal at Hesley Wood, Chapeltown: Application no. 12/01946/FUL.  There are a lot of objections from local people.  Sheffield Friends of the Earth will submit an objection but will also draft a sample letter so members can also object individually.  Our main objection is that it is destroying a recovering habitat to extract the dirtiest fossil fuel.  The deadline for objections is 30th August.

The Clean British Energy campaign is looking at ways to get the campaign in front of MPs to tie in with the Electricity Market Reform Bill going through Parliament.  This may take the form of a public meeting in the Autumn.

Fracking – Sheffield Campaign Against Climate Change's AGM is on Tues 16th October from 7-9pm at the Quaker Meeting House.  Simon Bowens from FoE is to talk about Fracking at the meeting.  The petition to make Sheffield a Frack Free Zone is continuing to grow.

Sheffield Renewables plan to start building their first renewable energy hydro electric scheme early in 2013. To build this scheme they need to raise £250,000 from a Community Share Offer. They have already raised £67,000 from their Early Bird Share Offer last year. Sheffield Renewables are about to launch their main Share Offer and would be grateful for your help by viewing their website: http://www.sheffieldrenewables.org.uk/get-involved/invest/ 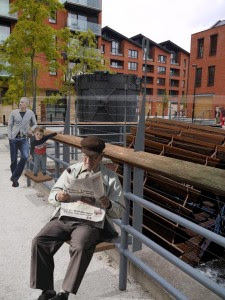